The Elverson Antique Show and Sale

The popular Elverson Antique Show and Sale has returned. Held the first weekend in May on the 7th and 8th, the semiannual country show in Chester County, Pennsylvania, was last held in the fall of 2019. That year marked its 50th anniversary.

Began as a fund-raiser for the Elverson Fire Company in the spring of 1969, the show moved over a decade ago to Twin Valley High School, a short distance from the Morgantown exit of the Pennsylvania Turnpike. The show now supports athletic booster clubs at the school, and students provide assistance with the show food service and setup. 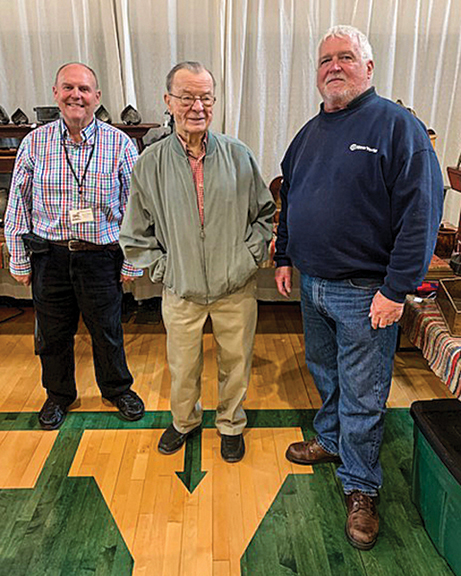 The present and the past of the Elverson Antique Show and Sale: (from left) Wayne Wilhide, Tom Hess, and Gene Bertolet.

Regional shows such as this have a strong foundation in the marketplace. Southeastern Pennsylvania remains the heart and soul for quality antiquing. Smaller, well-supported shows like Elverson, Lititz, Kempton, and New Oxford play an important role in the industry. It is appealing for dealers to do a viable show at one tenth of the rent of larger walled shows. And when the shows are marketed well, advanced active buyers come, as was the case here. 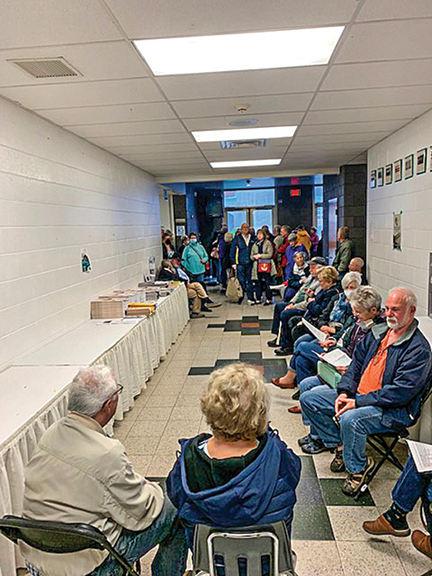 The faithful line up for the show’s opening.

Unfortunately, torrential rains, which resulted in some localized flooding, didn’t help attendance on day one, and day two was Mother’s Day, which did not work in the favor of the dealers. The gate was light on the second day. Enough buyers came through on the first day to make most exhibitors pleased, and a lot of business was done.

The show committee has set the dates for the fall show, which will take place October 29 and 30. 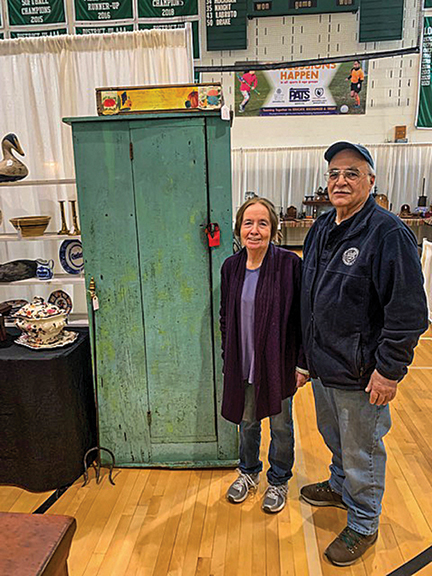 Elizabeth and John DeSimone of Goosefare Antiques & Promotions, Saco, Maine, were late additions to the show. The couple sold the blue cupboard. 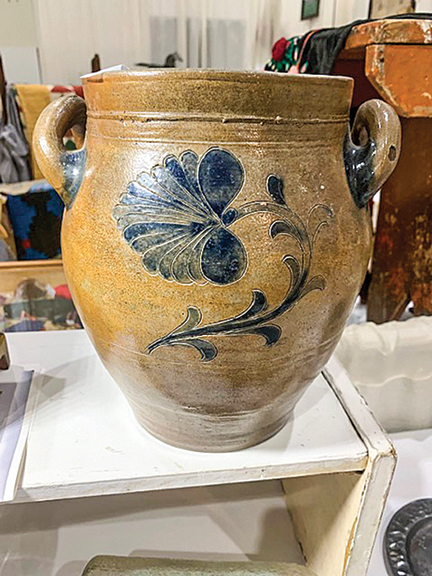 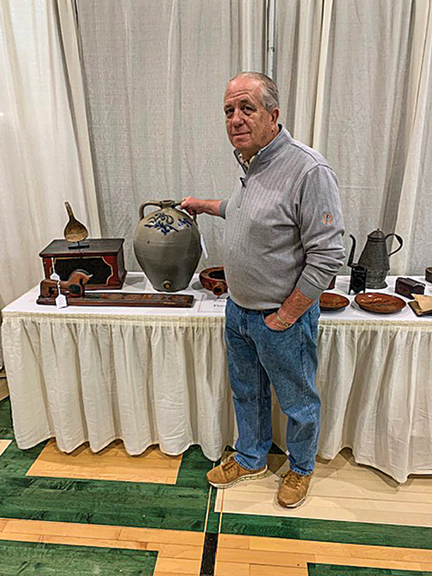 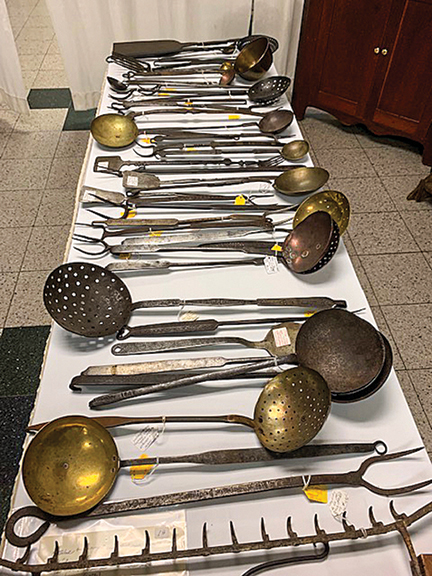 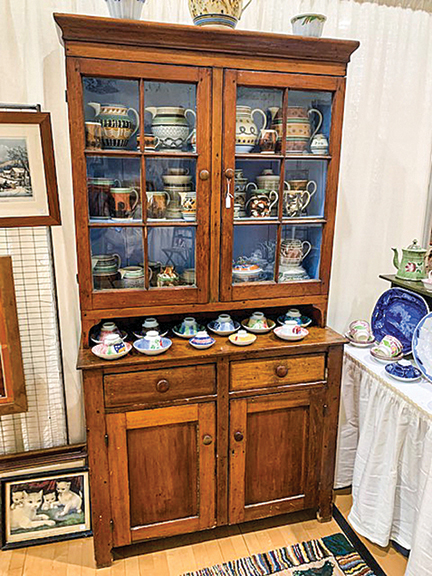 David Kurau of Lampeter, Pennsylvania, sold a variety of ceramics. Here is one of the Pennsylvania Dutch cupboards he brought to the show, marked $1100. 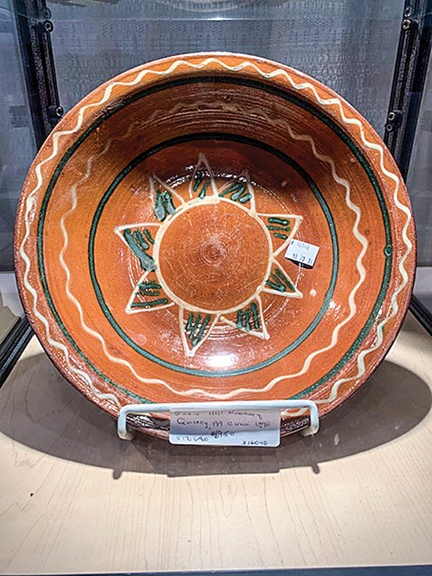 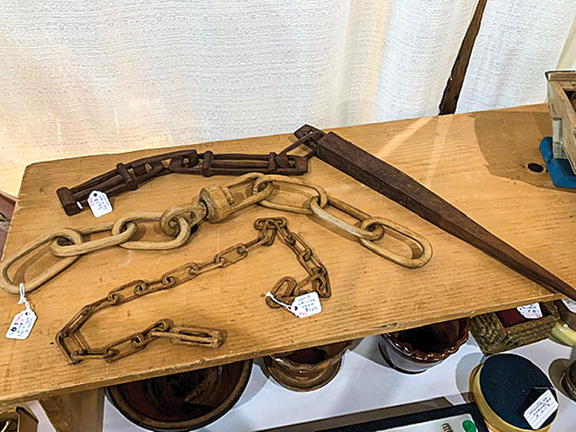 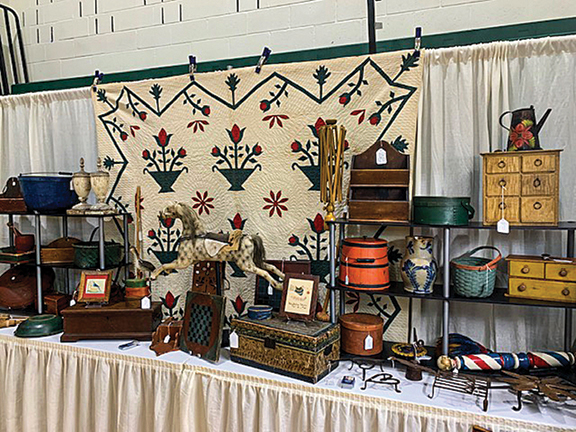 Here is part of the booth of B. Craig White of Wilkes-Barre, Pennsylvania. 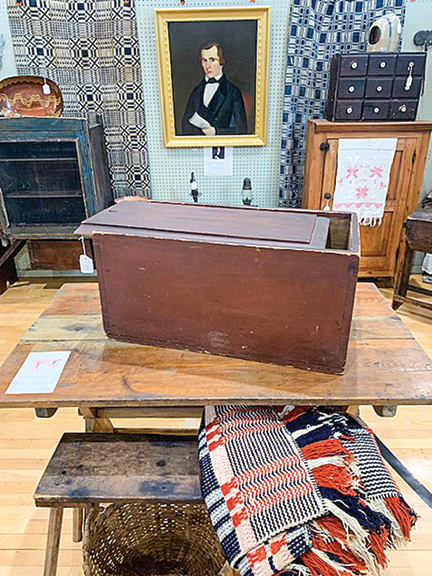 The large red slide-lid box was $495, and the sawbuck table, $650. The table came from the Irwin family of Millsboro, Virginia. The portrait in the background, signed “Metcalf 1843,” was $650. All were from Lynn LoPresti of Hickory Springs Antiques. 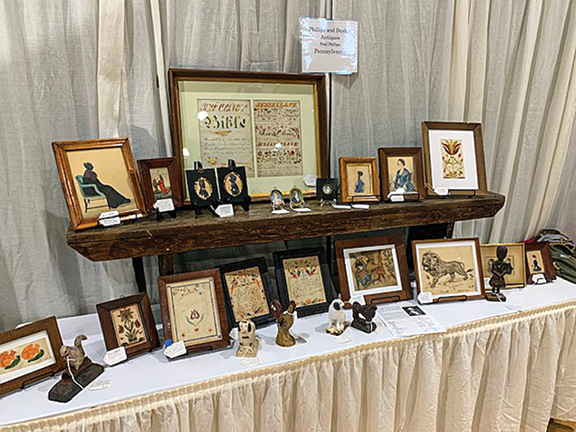 Paul Phillips of Phillips and Durkin Antiques, Monroeville, Pennsylvania, was a new exhibitor to the show. The dealer exhibits at the Laughlintown Antique Mall. 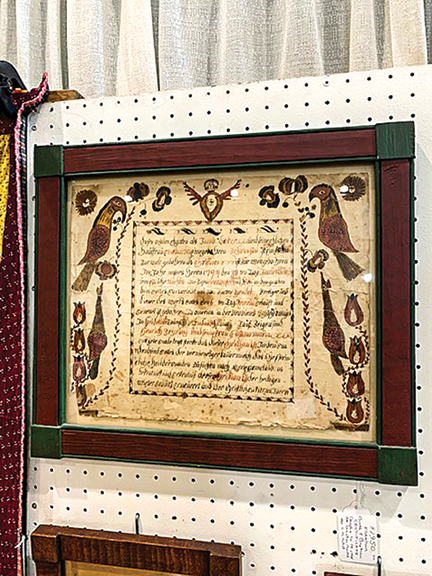